A Gentle Introduction to Frameworks

A few nights ago over coffee at the local Starbucks I enjoyed one of those moments we as web developers secretly love: a full throttle conversation about ideal, multi-tiered web applications. As we broke down tiers and discussed their relationships, we considered different scenarios: what if the user is on a mobile device? What if their connection speed sucks? What if the site they are using has a million controls?

In fact, what if the website looked and needed to behave like a regular application? Would a massive collection of ad hoc jQuery event handlers, Ajax calls / RESTful services and finely crafted HTML be enough? Maybe. But a better solution exists. Enter the framework.

A framework is a specialized type of library. For programming languages, a library is a collection of behaviors (think: functionality) written in terms of the language, that can be called by using a well-defined interface. Libraries are meant to be used by multiple programs or in multiple areas of a single program, largely because they encapsulate commonly used functionality set apart from the program’s actual code. This makes writing complicated code somewhat easier, as repetitive / complex chores have already been solved and are only a friendly method call away.

A library is passive. Developers must write their code using that library’s interface to get anything out of it. Thus an entire program can be written never using a library’s treasure trove of functionality, even if available the whole time. Not so with frameworks.

Like the libraries from whence they came (poetically anyway), frameworks are a collection of functionality written in terms of the language they support. Frameworks are portable, meaning they too can be reused in multiple projects written in their given language. However, unlike a library, frameworks are bossy. Using a framework correctly means subscribing to how the framework developers view application organization and development. Let that sink in for a moment. Within a framework, your program no longer directs traffic. The framework becomes the traffic cop, and your program the exotic sports car (or three row SUV, which ever you prefer).

Frameworks share four attributes that set them apart from libraries. Where libraries are accessed as needed, frameworks work on the Hollywood Principle, aka “Don’t call us, we’ll call you.” The framework takes care of business and calls your program when it’s show time. The fancy term for this behavior is inversion of control. Second, a framework must have a default behavior, meaning once installed and properly configured, it has to do something useful right out of the box (typically a “hello world”). Next, they must afford some way for developers to extend their functionality, either by overriding default behavior or by creating new behavior within the internal guidelines. Finally, framework internals are considered off-limits. Extend all you want, look under the hood, show it off to your friends, but don’t touch anything inside. Modify the magic and you void the warranty.

Frameworks In The Wild

During my research I looked at many languages. Each of these languages had at least one framework written for them. So, while a statement like “all languages have frameworks” would probably get me in trouble, I think it is safe to say frameworks have benefits that are tough to ignore, no matter the language. Here are a few popular languages and their corresponding web frameworks:

In fact, frameworks are so helpful they are even used in CSS. Examples include:

Should I use a framework?

Frameworks are not for everybody. Some are better than others in any given situation. Frameworks can have tough learning curves, particularly for the novice developer. The unusual usage demands and seemingly arbitrary control flow may seem senseless until well understood. Framework use can also lead to code bloat by adding unnecessary functionality and inspiring work arounds written by developers unfamiliar with the framework’s complexity. Speaking of complexity, take a look under the covers and marvel at the magic. Pre-implementation study and research is sincerely recommended!

These are real concerns you should absolutely consider. However, frameworks also bring a feast to the table. As well-tested and typically open source application scaffolding, frameworks can help separate concerns in extremely reliable ways, decreasing code spaghetti. In fact code quality is often amplified when developers follow usage rules and color inside the lines. Although structured, frameworks are extensible when necessary – while still cutting development time by taking care of common tasks (just like any other library). Finally, over the long-term the framework becomes invisible, improving project delivery time and code reusability.

Thanks for reading, and happy frameworking! 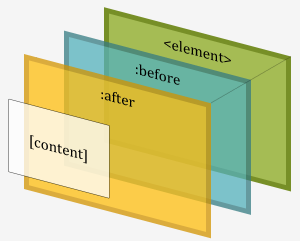